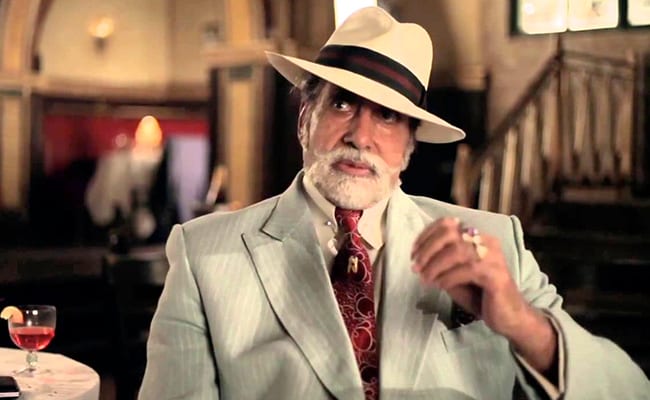 There is no lacking in superlatives for Amitabh Bachchan – the Marlon Brando and Elvis Presley of India, per Hollywood filmmaker Baz Luhrmann. The Moulin Rouge director is fresh off the success of Elvis, a biopic of the late great King of Rock and Roll starring Austin Butler as the singer and Tom Hanks as his manager Colonel Tom Parker. However, it was Big B who was on Baz Luhrmann’s mind when he spoke to NDTV. Amitabh Bachchan played a small but impactful role in Mr Luhrmann’s lush 2013 adaptation of The Great Gatsby starring Leonardo and he clearly made an impression. “Amitabh Bachchan in my view is not only the Elvis of India but also the Marlon Brando of India,” Baz Luhrmann said.

“Tom Hanks is easily the Amitabh Bachchan of America and I mean it. I keep talking about Amitabh Bachchan because I miss him so much and I know the family is gone through so much. I have heard from him not too long ago,” Baz Luhrmann said, “I think about him and I think about Tom, they are so very similar. Just like Amitabh would bring not just his performance to the set but also the energy, inspiration, and wisdom. I saw that on the sets of The Great Gatsby. I remember a moment between him and Leonardo and that was a quiet chat I knew Leonardo felt that he was listening to the wisdom and Tom did exactly that with Austin in Elvis. It’s so touching and so rare when an older actor is passing the baton to the new generation.”

Rewind to 2013 for a moment – Amitabh Bachchan was cast as Jay Gatsby’s mentor Meyer Wolfsheim, a role that was limited to just one scene but so larger-than-life was he that his presence dwarfed everyone else at the New York premiere. Hollywood experienced a taste of Bollywood fandom as Amitabh Bachchan’s admirers crowded the premiere venue, giving him the loudest cheer. As Big B tweeted later, US media thought Leonardo DiCaprio had arrived.

T 1096 -Thank you my Ef, and thank you to those that cheered their lungs out !! US media thought Leonardo had come, when noise went up ..

T 1096 -Back from TGG premiere and has to be said ..THE Ef WAS THE MAIN ATTRACTION ..SIMPLY SUPERB ! American media, fans, security in shock

Back to Baz Luhrmann’s interview with NDTV. When asked why he chose to show Elvis’ manager’s perspective in the film, Mr Luhrmann said, “Amitabh Bachchan would understand that behind every great star there is this issue between the business and the show, the art, and the commerce. It doesn’t matter whether it’s the entertainment world in India or here in America this relationship can be very good but when that relationship gets unbalanced when it’s only about the money it can be destructive that’s what happens in this journey. In this story, you see this amazing rise of stardom but the relationship brings it to a tragic conclusion for both of them.”

Baz Luhrmann’s Elvis premiered at the Cannes Film Festival and releases in Indian cinemas on June 24.