MARKING THE end of the only Congress government in the south, with about three months left for polls, Puducherry Chief Minister V Narayanasamy and his Council of Ministers submitted their resignations on Monday to L-G Tamilisai Soundararajan soon after a Motion of Confidence was defeated in the Assembly.

The result of the floor test, which was called four days ago by the L-G, was on expected lines with the ruling Congress-DMK coalition losing majority with a spate of resignations over the last month, including two on Sunday, and reduced to 12 in a 33-member House with a current strength of 26.

But Narayanasamy remained defiant, holding discussions with Cabinet colleagues and MLAs in the Assembly complex before entering the House, and finally leading his party in a walkout against three nominated BJP MLAs being allowed to cast their votes. Within a minute, Speaker V P Sivakolandhu declared that the confidence motion had been defeated.

Senior leaders of the Opposition alliance of NR Congress-AIADMK-BJP said they would look at the option of forming a government only after holding discussions among allies. 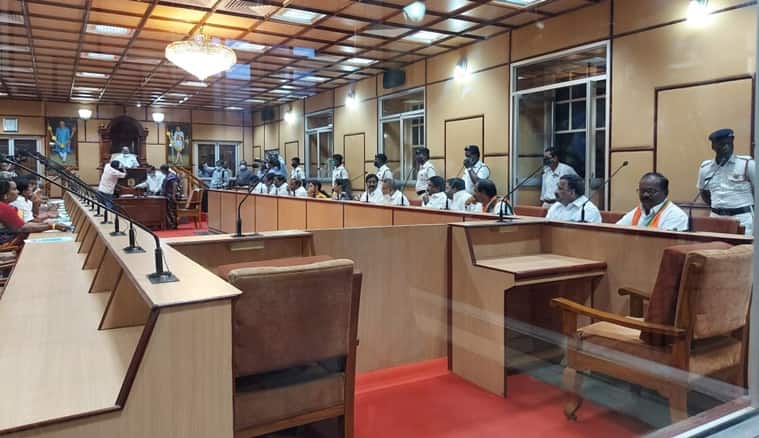 During the Assembly proceedings in Puducherry today

Before the walkout, the Narayanasamy delivered an hour-long speech in which he described “the strategies of the BJP” to topple his government as “nothing but political prostitution”, and said that those who had deserted the coalition would be called “opportunists” by voters.

Later, speaking to The Indian Express at his residence in Puducherry town, Narayansamy accused the BJP of luring his ministers and MLAs. “They did that to ensure a caretaker government in Puducherry during the polls,” he alleged.

“They wanted to topple my government using the same tactics they used in Arunachal Pradesh, Manipur, Goa, Karnataka, Madhya Pradesh. And they were using the money power, using the Enforcement Directorate, CBI and central agencies against our MLAs. They lured our MLAs with money. That is how they succeeded to get support from some of the ministers and MLAs from our side. But we will fight it out,” he said.

Responding to the allegations, V Saminathan, who is the BJP state president and one of the nominated MLAs, said: “All of these charges are false. The BJP had no role to play in the fall of this government. It was a highly corrupt government and collapsed on its own due to mismanagement and poor governance. If BJP was the reason, why did their Health Minister and senior leader Malladi Krishna Rao resign? Why did they disqualify an MLA last year itself? This government lost the majority because it was a failure.”

V Narayanasamy walking out of the Assembly (Twitter/Arun Janardhan)

The ruling coalition lost seven MLAs, including five from the Congress and one from DMK who resigned in the past one month while another Congress MLA was disqualified in July 2020 for anti-party activities.

With the resignation of the government, the strength of the Assembly is 15, including seven MLAs of NR Congress, four of AIADMK, three nominated MLAs of BJP and an independent MLA who had supported the ruling coalition.

Asked how the Congress had lost its senior ministers, Narayanasamy said: “I had trust in them, and they betrayed that trust. It happens in politics, nothing new in it. Anyway, the people of Puducherry will teach them a lesson in the elections (scheduled to be held in April-May).”

In his speech earlier, Narayanasamy spoke at length about the achievements of his administration over the last five years and said that his coalition had faced several hurdles from the Centre and the former L-G Kiran Bedi.

The floor test was called by Tamilsai Soundararajan, the Telangana Governor, soon after she took charge. On Monday, there was a tense atmosphere at the Assembly before it convened at 10 am with speculation that the Congress would unveil a strategy to expel some Opposition MLAs and maintain majority.

Soon after the Chief Minister finished his speech, government whip R K R Anantharaman raised the issue of voting rights of three nominated legislators belonging to the BJP. He demanded a clarification from the Speaker, triggering a heated argument with the Opposition. Minutes later, Narayanasamy and his MLAs staged a walkout.

Later, the Chief Minister and MLAs of the ruling alliance left for Raj Nivas where they handed over their resignation letters to Soundararajan. 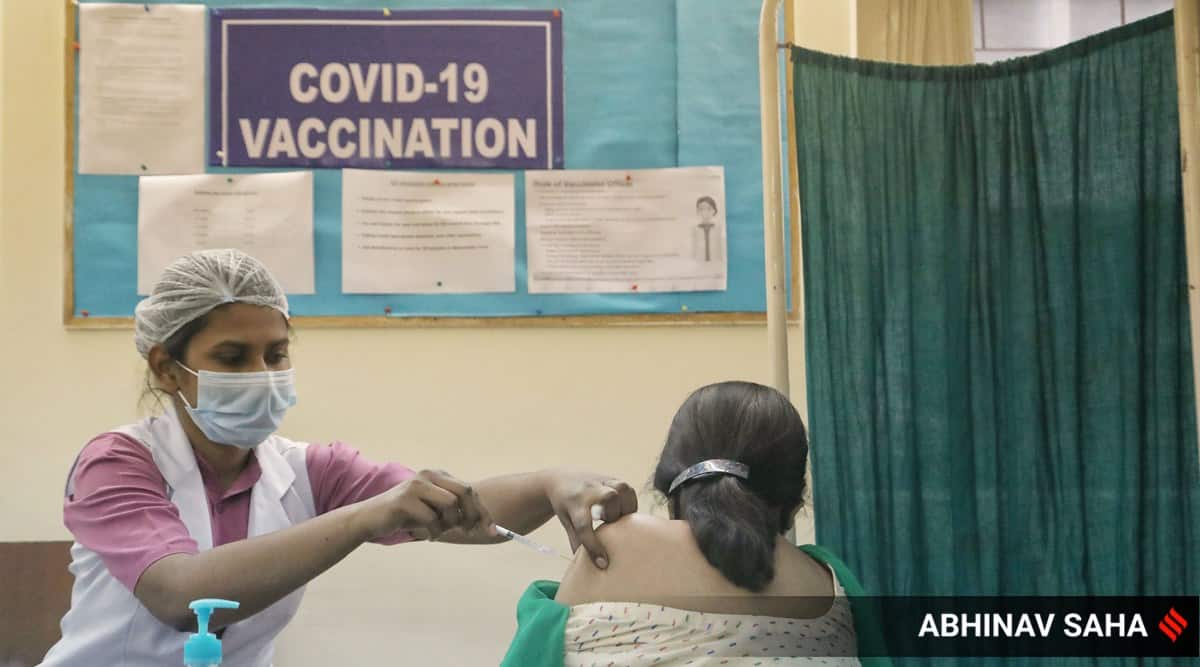