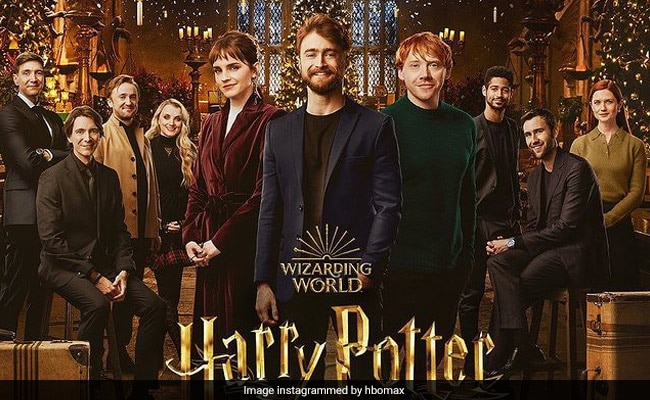 Hey Harry Potter fans, the wait is over. The train to Hogwarts has already left with Harry Potter (Daniel Radcliffe), Ron Weasley (Rupert Grint), Hermione Granger (Emma Watson), Professor Severus Snape (Alan Rickman), Bellatrix Lestrange (Helena Bonham Carter), Hagrid (Robbie Coltrane) and Jason Isaacs (Lucius Malfoy), among others onboard and you will get a sneak peek into the reunion on January 1. Where will you watch Harry Potter: Return To Hogwarts, you must be wondering? The Harry Potter special, which will air on HBOMax in other countries, will premier exclusively on Prime Videos on January 1 in India, as per an announcement by the streamer on Tuesday, reports news agency PTI. The special episode, marking the 20th anniversary of Harry Potter And The Sorcerer’s Stone, will be available on Prime Video starting 2:30 pm for all the subscribers.

The much-awaited Harry Potter 20th Anniversary: Return To Hogwarts will take you on a magical journey where the lead stars Daniel Radcliffe, Rupert Grint, and Emma Watson will revisit some old memories and make some new memories. They will reunite to celebrate the anniversary of the franchise’s first film – Harry Potter And The Sorcerer’s Stone, directed by Chris Columbus.

The films were based on JK Rowling’s books of the same names – the story revolves around a young and very special wizard named Harry Potter and how he, along with his friends Hermione Granger and Ron Weasley, learn the art of magic at Hogwarts School of Witchcraft and Wizardry.