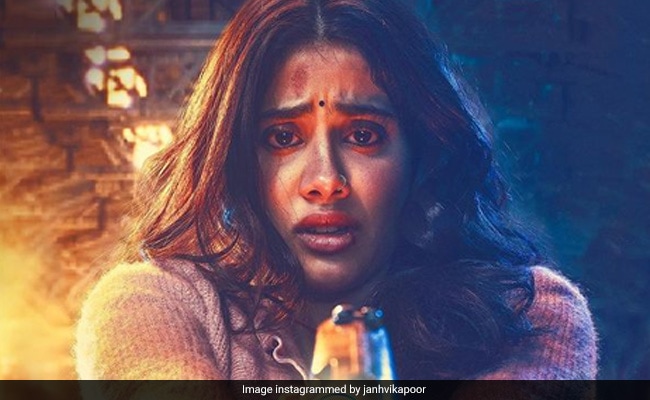 Janhvi Kapoor shared the new posters of her film Good Luck Jerry on social media on Friday. The first poster features Janhvi Kapoor intensely looking into the camera as she holds a gun in her hand. The second one features her peeping into the camera innocently. Janhvi also announced that the film will release on OTT platform on July 29. She captioned it: “Nikal padi hu main ek naye adventure par, good luck nahi bolenge ( I am starting a new adventure. Won’t you wish me luck).” She added, “Good Luck Jerry streaming from 29th July on Disney+Hotstar.” In the comments section, Varun Dhawan wrote: “Best of luck il maam.”

The actress shared her first look from the film last year. ICYMI, this is the post we are talking about.

On the work front, Janhvi Kapoor’s line-up of film includes comedy Dostana 2, which was meant to star Kartik Aaryan earlier. The film’s revised cast has not been announced as of now. She will also be seen in Mili and Bawaal, in which she will co-star with Varun Dhawan.

The actress was last seen in the horror comedy Roohi, with Rajkummar Rao and Varun Sharma. The actress, who made her Bollywood debut with the 2018 film Dhadak, opposite Ishaan Khatter, has featured in films like Netflix’s Ghost Stories and Gunjan Saxena: The Kargil Girl.

Instagram Testing Full-Screen Feed, Will be Available to Users Soon