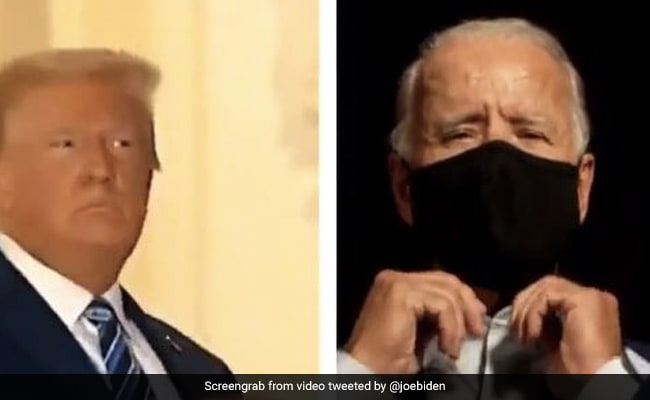 Weeks before the US election, Democratic challenger Joe Biden yet again took a swipe at US President Donald Trump in a short video he posted on Twitter on wearing masks amid the novel coronavirus pandemic.

A short clip he shared shows Mr Biden putting on a black mask while Donald Trump removes his white mask in an adjacent frame. “Masks matter. They save lives,” reads the caption of the video.

The post came shortly after the US President invited fresh criticism for removing his mask immediately, post his return to the White House. He checked out of a hospital this morning after he received four days of emergency Covid treatment at the facility.

Shortly before he was discharged, Donald Trump stressed in a tweet: “Don’t be afraid of Covid”.

“I will be leaving the great Walter Reed Medical Center today at 6:30 P.M. Feeling really good! Don’t be afraid of Covid. Don’t let it dominate your life. We have developed, under the Trump Administration, some really great drugs & knowledge. I feel better than I did 20 years ago! (sic),” his tweet read.

His return to the White House flashed on news channels. He walked up the steps onto the South Portico’s stately balcony and demonstratively removed his mask, saluting the departing Marine One, news agency AFP reported.

The US President and First Lady Melania Trump had tested positive last week. Trump was hospitalised the next day.

Joe Biden, however, suggested that Trump’s comments on not being afraid of Covid were irresponsible. “Tell that to the 205,000 families who lost somebody,” he was quoted as saying by news agency AFP.

“I would hope that the president, having gone through what he went through — and I’m glad he seems to be coming along pretty well — would communicate the right lesson to the American people: masks matter,” the ex-US vice president said, shortly before Trump was discharged from the hospital.

“These masks, they matter. It matters, it saves lives, it prevents the spread of the disease.”

The United States, worst-hit by the pandemic with over 74 lakh cases, will vote to elect its next president on November 3.

Road In London To Be Renamed After Guru Nanak: Official

Road In London To Be Renamed After Guru Nanak: Official 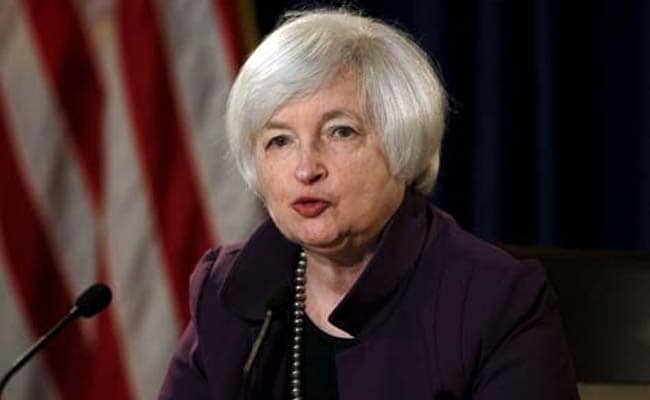