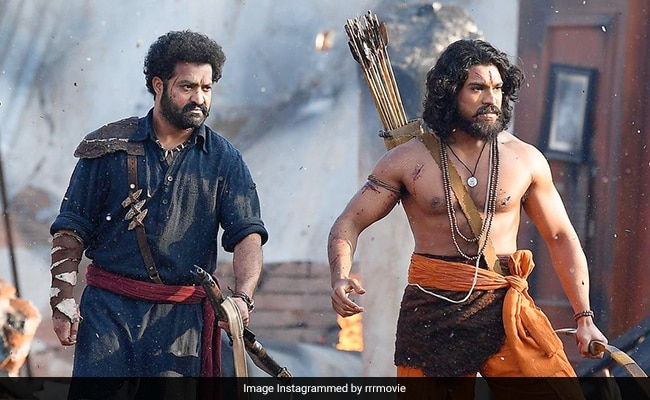 A still from RRR. (courtesy: rrrmovie)

Netflix on Thursday said the Hindi version of SS Rajamouli’s period action epic RRR has become “the most popular film from India” on the streamer globally. The Hindi dubbed take of the Telugu language film arrived on Netflix on May 20, two months after its worldwide theatrical release. According to the streaming platform, RRR (Hindi) film, which has a runtime of 3 hours 2 minutes, has been viewed for “over 45 million hours” across the world.

RRR is now the most popular Indian film on Netflix around the world,” Netflix announced on Twitter.

RRR also one of the most successful Indian films of 2022, has minted over Rs 1,200 crore at the box office worldwide.

It received mostly positive reviews for Rajamouli’s execution of his grand vision, gravity-defying action stunts, performances by the leading men, and the song Naacho Naacho (or Naatu Naatu in Telugu), scored by M M Keeravani.

The Telugu, Tamil, Malayalam and Kannada versions of “RRR” started streaming on ZEE5 from May 20.