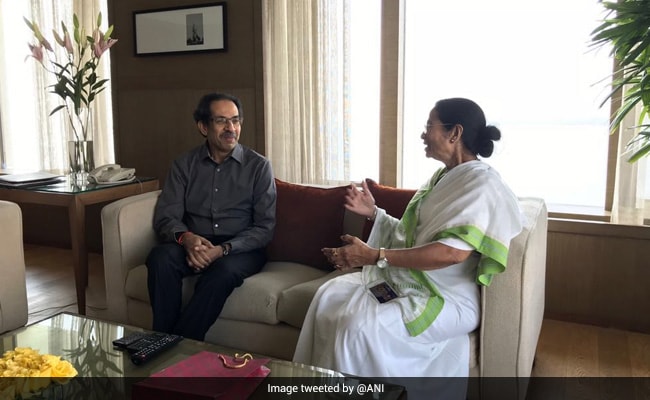 The Shiv Sena today declared its backing for West Bengal Chief Minister Mamata Banerjee in the upcoming state Assembly election. Calling her the “real Bengal tigress”, the Maharashtra-based party’s senior leader and Rajya Sabha member, Sanjay Raut, today said it will not be contesting what appears to be a “Didi Vs All” fight this time. The West Bengal elections will be held in eight phases from March 27 to April 29 and the results will be declared on May 2.

The Shiv Sena, which was a long-time ally of the BJP, parted ways in 2019 to form the Maharashtra Vikas Aghadi government in alliance with the Congress and the NCP. It has, since then, often exchanged barbs with its former ally. The NCP is already in alliance with the Trinamool in West Bengal.

The BJP now sees itself merely an arm’s distance away from power in West Bengal, ruled by Ms Banerjee-led Trinamool Congress (TMC). The run up to the state election has been particularly vitriolic with instances of violence and name-calling and a flurry of leaders shifting loyalties – especially from the TMC to the BJP.

The ruling party has even called into question the unprecedented eight-phase polling in the state. “They cheated and won in Bihar. Tejashwi is fighting, I am fighting. See how they have set the schedule,” she said referring to RJD leader Lalu Yadav being imprisoned.

A few days ago, Mr Yadav’s son Tejashwi Yadav met Ms Banerjee over a possible tie-up with the Trinamool in the state. Like with the Shiv Sena, the party’s Bihar ally, Congress, is opposed to the Trinamool in West Bengal and is contesting the upcoming polls in alliance with the Left and other smaller parties.

“Our alliance with the Left and Congress is only in Bihar. It is our duty to strengthen Mamata Didi‘s hands here and fight the BJP,” the Bihar opposition leader told reporters after Monday’s meeting.

Another Congress ally, the Uttar Pradesh-based Samajwadi Party, has declared that it will campaign for the Trinamool this time. The SP’s Akhilesh Yadav cited the confusion and propaganda used by the BJP in West Bengal as the party’s reason to back Ms Banerjee.

These stances are also significant since West Bengal, especially Kolkata, has a significant Hindi-speaking population.

Ms Banerjee’s party also has the Gorkha Janmukti Morcha on her side, along with the NCP, even though the latter only has a marginal presence in the state.

WhatsApp Finally Brings Voice Calling to the Desktop: All You Need to Know

Dissent against the Govt not seditious, says SC dismissing plea against Farooq Abdullah