From monitoring mutant strains to increasing the proportion of RT-PCR tests, the Centre has written to the five states reporting a surge in cases to implement a multi-pronged strategy to curb the spread of Covid-19.

Top government sources told The Indian Express that the Centre would be rushing mobile RT-PCR testing facilities to Kerala, in view of the rise in cases in the state. The other states to whom the Centre has written are Maharashtra, Punjab, Chhattisgarh and Madhya Pradesh. Sources said Jammu & Kashmir has also emerged as a cause for concern, and the authorities might be writing to the Union territory.

Warning that “a second wave is knocking on the door”, Maharashtra Chief Minister Uddhav Thackeray held a webcast Sunday telling people to observe precautions or be ready for another lockdown starting March 1. Referring to the rise in cases in the state, including Mumbai and Pune, Thackeray said, “The second wave has not yet come but it is knocking on our door. We will get to know in the next two weeks whether the second wave has come.” 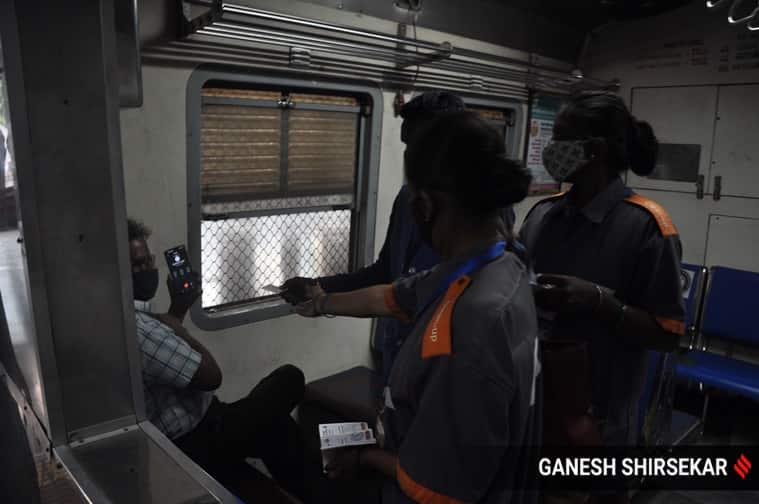 Inside a train at CSMT station, Mumbai on Saturday. (Express photo by Ganesh Shirsekar)

Select city areas in Amravati, Akola and Buldana districts in the Vidarbha region of Maharashtra announced a lockdown for a week from Tuesday morning. The Pune district administration imposed fresh curbs, including on night-time movement, large gatherings and restaurants and bars. Schools and colleges will stay shut till February 28.

The Centre has told the five states under watch to improve testing by increasing the proportion of RT-PCR tests; ensure that all negative Rapid Antigen Test results are mandatorily followed by an RT-PCR test; enforce strict surveillance as well as stringent containment in districts, including areas emerging as cluster zones; and monitor mutant strains through testing and genome sequencing.

Sources said the government is alarmed about Maharashtra where 75% of the tests currently are RT-PCR but which has a weekly positivity rate of 8.10% against a national average of 1.79%. An official said the state was not doing enough contact tracing. “If you look at districts like Akola, Yavatmal, Nashik, Mumbai Suburban, the absolute Covid-19 tests have come down, though the positive thing is they are conducting RT-PCR tests. However, those who are testing positive are neither being isolated nor monitored.”

He announced the launch of a campaign called ‘Mi Jababdar (I am responsible)’, reinforcing the importance of wearing masks, maintaining social distancing and using sanitisers. Thackeray also urged private companies to stagger office timings to avoid crowding in trains and in offices, and announced that all political, religious and social processions and agitations are banned from Monday. Earlier, an NCP statewide tour had to be suspended after NCP president and Irrigation Minister Jayant Patil tested positive.

While Kerala’s weekly positivity rate too is steep — ranging from 8.9% to 13.9% — the other worrying issue is the low percentage of RT-PCR tests. “Around 70% of the tests in the state are Rapid Antigen Tests. We are coordinating with the ICMR and moving some mobile RT-PCR labs to Kerala,” the official said.

Sources said Punjab was the source of biggest concern, for its death figures and “dismal surveillance” of Covid-19. “Punjab is No. 3 in deaths, despite around 300 cases daily. Kerala is reporting 6,000 cases, so we can understand the double digit deaths, and the same goes for Maharashtra, which is reporting 4,000 cases… In SBS Nagar alone, the weekly cases have more than doubled from 165 to 364. Punjab is doing nothing right. We have told them to increase testing, surveillance and contact tracing, and to admit patients to hospitals,” the official said.

Chhattisgarh and Madhya Pradesh have received instructions to bring cases under control. Sources said they were erring on the side of caution in the case of the two states. “But we think they might see a surge anytime… They are showing early signs,” an official said. —with ENS, Mumbai

US Authorizes Johnson & Johnson COVID-19 Vaccine For Emergency Use