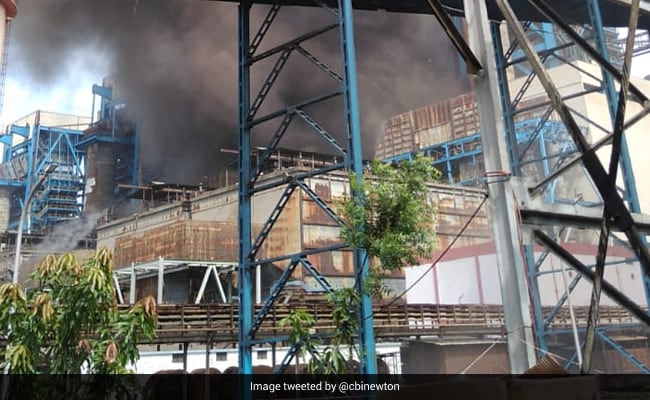 Six people died and 17 were injuries in the blast at the Tamil Nadu power plant, second in two months.

Compensations of Rs 30 lakh and Rs 5 lakh were announced on Thursday for the families of those who died and those who were injured, respectively, in a boiler explosion at the Neyveli thermal power plant in Tamil Nadu.

The compensation was announced today by the central government-owned NLC India Limited (formerly known as Neyveli Lignite Corporation Limited) after one of the boilers at the power plant exploded on Wednesday.

Six people died and 17 suffered burn injuries in the blast that took place in Cuddalore, about 180 km from state capital Chennai. This is the second blast at the power plant in two months.

“The boiler was not in operation. We are investigating the incident,” R Vikraman, one of the directors of the power plant, said.

“Among the sixteen injured, six are regular employees and 10 are contract workers. We are collecting details of those who died,” he added.

Condoling the deaths, Chief Minister Edappadi K Palaniswami announced a relief of Rs 3 lakh for families of those who died and Rs 1 lakh for the severely injured and Rs 50,000 for those with less severe injuries.

In May, eight workers at the power plant suffered burn injuries in a similar incident. The workers, who were injured in the boiler blast, included both regular and contractual employees.

The company generates 3,940-megawatt electricity. The plant where the blast took place accounts for 1,470 megawatts. The company employs 27,000, including 15,000 contractual workers.

Several deaths linked to accidents at industrial units have been reported in the last two months.

On Monday, two people were killed and four were hospitalised after gas leaked at the Visakhapatnam unit of the firm Sainor Life Sciences.

In May, 11 people, including two young children, were killed and over 1,000 were hospitalised after gas leaked overnight at the LG Polymers facility in Vizag. The incident was compared by many to the 1984 Bhopal Gas leak, one of the worst industrial disasters in history when gas leaked from a pesticide plant operated by Union Carbide and killed over 3,500.

Covid-19: How tech can ensure equity in education - analysis

Violation of Covid norms at weddings in Gujarat: 700 held in 41 days