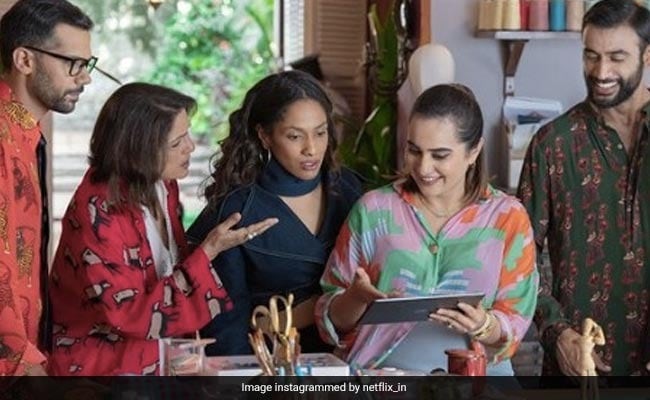 Designer-actor Masaba Gupta’s life is anything but basic so how can the show be that? On Thursday, the makers of Masaba Masaba 2 shared the teaser of the show’s second season and seems like things are about to get a lot more complicated but we are not complaining. Not at all. The teaser showcases Masaba Gupta taking a pregnancy test while her mom Neena Gupta and friend wait for the results. Sharing the teaser, Masaba Gupta wrote: “Looking for something to motivate you to get outta bed on a gloomy rainy day? Well. I’ve got some news that might just do the trick. Masaba Masaba season 2, coming to you on 29th July only on Netflix.

Check out the teaser of Masaba Masaba 2 here:

Here are some more stills from Masaba Masaba 2, shared by Netflix India. The caption on the post read: “A name so nice, we can’t help but say it twice. Masaba Masaba Season 2 arrives 29th July with twice the fashion, twice the flair, new faces and the same shenanigans. We are ready.

The first season of Masaba Masaba released in 2020 on streaming giant Netflix. The semi-fictionalised show is inspired by the lives of Masaba Gupta and her actress-mother Neena Gupta. It was directed by Sonam Nair and was produced by Ashvini Yardi.

Masaba Gupta was last seen in Amazon Prime Video’s series Modern Love Mumbai. She also featured as one of the judges on the TV reality show MTV Supermodel Of The Year.